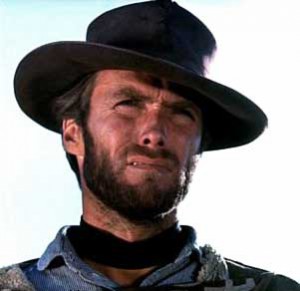 Clint Eastwood, an American icon turns 80 today. He is one of our favorite actors and continues to wow us with his talent and versatility.
Are you old enough to remember his role as the likeable Rowdy Yates on TV’s Rawhide? Then we saw him not as a likeable side kick but a tough no- nonsense cowboy in the spaghetti western, The Good, the Bad and the Ugly.

Now a star, he was in demand and a huge draw at the box office. One of our favorite characters is the loose cannon cop, Dirty Harry. How many times have you watch those movies? They grab us everytime.

Then in 2008 he blew us away with Gran Torino . At 80 he has said he is not retiring and we couldn’t be happier. We can’t wait to see what he does next.

Celebrate his birthday tonight. Put one of his many movies in the DVD, enjoy some popcorn and give a toast to the man who has entertained us for over 50 years.

Happy Birthday Clint from your fans at Backdrops Fantastic!

One of our western backrops … The old West 3 WW005